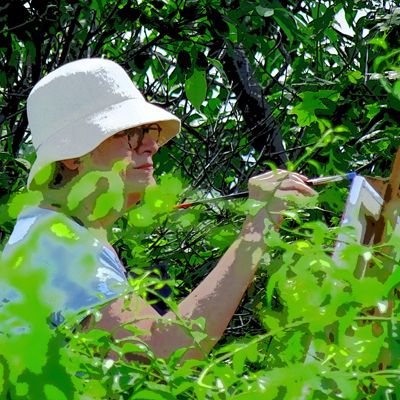 V L Rees is a Raleigh artist who specializes in contemporary realism executed in colorful oils.

She draws inspiration from her appreciation of the beauty found in the everyday.  Unusual angles, dramatic lighting, and nature's intricacies all capture her attention.

Vicki's work has been exhibited throughout North Carolina and is in collections in the South and Midwest.

Originally from Indianapolis, she moved to North Carolina after a 20+ year stop in Kentucky.

Her work can be seen in her home studio in Raleigh's Historic Oakwood (open by appointment).